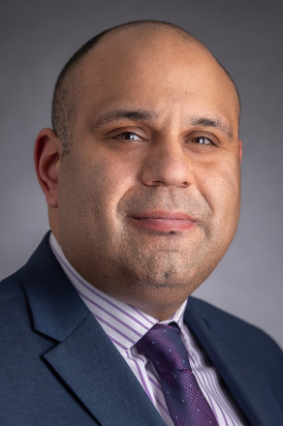 Carlos Beato is a member at Pitta, Bishop & Del Giorno LLC. Mr. Beato oversees procurement
advisories; and advises on government contracting, administrative and regulatory matters,
legislation and initiatives at all three levels of government. He engages in direct government and
legislative advocacy on behalf of labor, corporate, not-for-profit and small business clients. Mr.
Beato is also a partner at Pitta LLP where he provides counsel in labor and employment law and
litigation, including employee benefits litigation.

Mr. Beato started his government relations and law career at Pitta, Bishop & Del Giorno LLC
and its predecessor firms as an associate when he graduated from law school in 2007. He worked
at the firms until 2014 and then worked as the Director of the Office of State and Federal Affairs
for the New York City Council under Speakers Mark-Viverito and Johnson from 2014 to 2019.
Mr. Beato served as the principal liaison between the Council and the Federal and State
Governments. He was responsible for drafting the Council’s federal and state legislative agendas
and passing Home Rule requests.

Mr. Beato received his a B.A. in Psychology and Sociology from Temple University in 2001. He
received a J.D. from St. John’s University School of Law in 2007, where he received an
“Excellence for the Future Award.” While at St. John’s, he participated in the 2006 HNBA
National Moot Court Competition and coached the 2007 HNBA National Moot Court Team. Mr.
Beato is an active member of the Lion’s Club and active with the Temple University New York
Alumni Club where he mentors high school and college students.

Mr. Beato is a member of the Bar of the State of New York. Mr. Beato is fluent in Spanish.