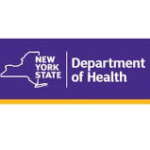 NYS Department of Health released a Draft COVID-19 Vaccination Administration Program that serves as an initial framework for distribution of a COVID-19 vaccine in New York.

The program was developed in consultation with clinical and public health experts and requires collaboration with local health departments, community organizations, and the federal government.

New York’s program includes a proposed prioritization matrix to ensure those most at risk and essential workers are priority recipients, with particular attention paid to those living in communities with highest the COVID prevalence. 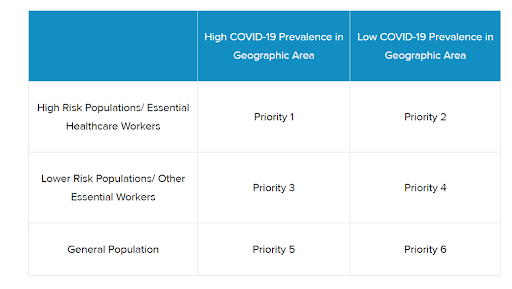 Within each phase, the draft plan puts forward the following proposed additional prioritization phases to be used based on vaccine availability and vaccination rates:

The 96-page draft plan is subject to change based on future details expected from the federal government. It outlines: 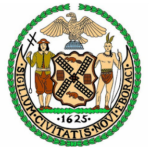 Working with the State, the de Blasio Administration this week announced an initial COVID-19 vaccine framework to guarantee maximum distribution of a “safe, effective, and free vaccine,” with an emphasis on communities hardest hit by the pandemic.

Over the next two months, the City will engage public health stakeholders and community groups across the city’s hospitals, clinics, Federally Qualified Health Centers (FQHC’s), independent pharmacies, urgent cares, and independent providers to ensure access to a vaccine citywide.

Phase one of distribution—to be available as early as November—will provide a limited number of doses primarily reserved for healthcare personnel, frontline workers, and other vulnerable groups. To prepare for this initial rollout, the City is actively enrolling providers in the Department of Health and Mental Hygiene’s Citywide Immunization Registry, focusing first on hospitals and then on FQHCs.

Over 2,500 providers are currently reporting to the Registry. Through webinars and meetings, DOHMH will continue to educate providers about vaccine availability, likely priority groups, proper storage, and how to order, receive, administer, allocate, and report on the vaccine.

Phase two of distribution, which could occur as early as 2021, will see more widespread availability for the general public. To meet this increased availability, the City will ensure that there is adequate storage and capacity.

Vaccine uptake will be closely and consistently tracked through the Citywide Immunization Registry, with results reported out to the public on a periodic basis. The City will also monitor for serious, adverse effects and educate providers on how to report on them. Additionally, the City will conduct its own vaccine effectiveness studies and continually follow up with a sample of New Yorkers who receive a vaccine. 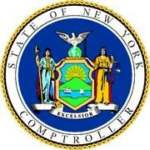 Amidst the economic tumult brought on by the COVID-19 pandemic, the securities industry saw its pretax profits reach $27.6 billion in the first six months of 2020, an 82 percent increase over the same period last year, according to State Comptroller Thomas DiNapoli’s annual report on Wall St.’s performance.

Industry performance is traditionally measured by the pretax profits of the broker/dealer operations of New York Stock Exchange (NYSE) member firms. There are now about 120 member firms.

First half profits in 2020 were nearly equal to 2019’s total profits of $28.1 billion. The jump was propelled by $2.4 trillion in federal stimulus funds and the lowering of interest rates. In addition, market swings drove trading volume upward along with firms’ commissions and trading income. Firms’ income from underwriting rose by more than one-third in the first half of 2020 over the same period last year.

According to the Comptroller, while continued profit growth in the second half remains to be seen, 2020 profits are on pace to surpass last year.

Other findings included in the report are: 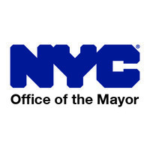 Mayor Bill de Blasio this week appointed Melanie Hartzog as Deputy Mayor for Health and Human Services and Jacques Jiha as Director of the Mayor’s Office of Management and Budget.

Hartzog previously served as Budget Director and Jiha served as the Commissioner for the New York City Department of Finance.

Before joining the Office of Management and Budget, Hartzog served as Executive Director of the Children’s Defense Fund. Previously, she served as Family Services Coordinator for the Deputy Mayor for Health and Human Services and Deputy Commissioner of the Administration for Children’s Services. She also led a social services unit in the Mayor’s Office of Management and Budget, and was Director of Policy and Advocacy for the Human Services Council of New York City, Inc.

Hartzog holds a Master of Science degree from the New School’s Milano School of International Affairs, Management and Urban Policy and Bachelor of Arts from Eckerd College. She lives in Brooklyn with her husband and three children.

Governor Andrew Cuomo this week signed an Executive Order extending the state’s moratorium on COVID-related commercial evictions and foreclosures through January 1. This measure extends protections already in place for commercial tenants and mortgagors.

According to the Governor, the extension gives commercial tenants and mortgagors additional time to catch up on rent or their mortgage, or to renegotiate their lease terms to avoid foreclosure moving forward.

State guidance on the reopening of ski resorts includes the following precautions:

Most Movie Theaters Outside of New York City Can Reopen

Movie theaters outside of New York City can reopen at 25 percent capacity under state guidance starting today, October 23 No more than 50 people are allowed in front of each screen in each movie theater at once.

Theaters can only open outside of New York City in counties that have COVID-19 positivity rates of less than 2 percent on a 14-day average and do not have any cluster zones. Theaters will be subject to rigorous state guidance and enforcement, according to Governor Andrew Cuomo.

According to a statement released by federal monitor Bart Schwartz on his website NYCHAMonitor.com, approximately 6,000 additional apartments with children under the age of six are believed to contain lead paint. An annual certification made two years ago identified 3,000 units.

“NYCHA reported to us this week that as a result of its dialogue with residents during in apartment XRF testing visits, and NYCHA’s ‘door knocking’ campaign, through which NYCHA directly engages residents, it has identified a significantly larger number of apartments where children under six reside who might be exposed to lead risks,” Schwartz said. “…Now, of course, the job is to ensure that the children are protected from lead risks. NYCHA already has undertaken numerous steps in that direction. With this new information, the importance of quickly and thoroughly implementing all necessary actions must be emphasized.”

The Housing New York goal of creating and preserving 300,000 affordable homes by 2026 remains on track. With the reallocation, the capital investment this fiscal year increases to over $1.4 billion.

Also this week, New York City released the Where We Live NYC Plan, the City’s blueprint for fair housing in the five boroughs.

The proposal was part of a series of potential regulatory changes meant to speed up the resolution of New York City’s special education cases. During the 2019-2020 school year, the city fielded 10,797 complaints, accounting for 96% of complaints logged across New York, according to the state. Cases are required by law to be resolved within 75 days, but as of last school year, cases were resolved in 259 days on average in New York City.

Electronic Request for an Absentee Ballot

(Online request must be made by October 27, 2020. Please be advised that despite this deadline, the Post Office has advised they cannot guarantee timely delivery of ballots applied for less than 15 days before an election).

The Early Voting period for the November General Election will be October 24, 2020- November 1, 2020. Registered voters can use the Voter Registration and Poll Search Site to Find the Early Voting Sites in Their Counties.

Employees in New York State are eligible for up to two hours of paid time off to vote if they do not have “sufficient time to vote.” An employee is deemed to have “sufficient time to vote” if an employee has four consecutive hours to vote either from the opening of the polls to the beginning of their work shift, or four consecutive hours between the end of a working shift and the closing of the polls.

An employee must notify an employer at least two working days prior to their intention to take paid time off to vote, but not more than ten working days.