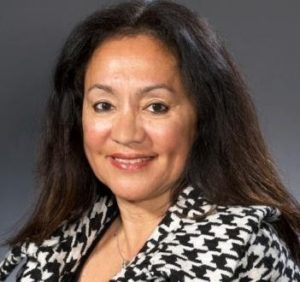 The State Board of Regents unanimously appointed Dr. Betty A. Rosa as Commissioner of Education and President of the University of the State of New York, the first Latina woman to serve in the position.

The Commissioner oversees the work of more than 700 school districts with 2.6 million students; 7,000 libraries; 900 museums; and more than 50 professions encompassing nearly 900,000 licensees.

Dr. Rosa has served as Interim Commissioner since August 2020. She was elected by her Board of Regents colleagues as Chancellor in March 2016 and re-elected for a second term in 2019. Dr. Rosa was first elected to the Board of Regents for a five-year term in 2008, as the Regent for the Twelfth Judicial District (Bronx County), then re-elected in 2013 and 2018.

She earned an Ed. M. and Ed. D. in Administration, Planning and Social Policy from Harvard University. She also holds two other Master of Science in Education degrees, one in Administration and Supervision and the other in Bilingual Education from the City College of New York and Lehman College respectively and a B.A. in psychology from the City College of New York. She has more than 30 years of instructional and administrative experience with an expertise in inclusive education, cooperative teaching models, student achievement, and policy implementation.

Dr. Rosa began her career in the NYC Department of Education as a bilingual paraprofessional, teacher and reading coordinator, served as an assistant principal and principal in special education, was principal of I.S. 218, a full-service community school in partnership with the Children’s Aid Society in District 6, and developed and implemented the Office of Conflict Resolution for the NYC Division of Special Education. 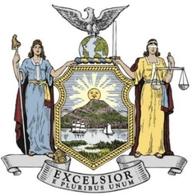 According to the Governor, excess vaccine supply meant for hospital workers can be used to open eligibility for New Yorkers with comorbidities and underlying conditions. Local health departments will determine how, where and when to schedule appointments in their jurisdictions, and those appointments will begin as early as February 15th.  No local jurisdiction should accept appointments until the allocations are known, and no earlier than February 14th.

To show they have comorbidities or underlying conditions, New Yorkers must provide documentation as required by the facility where they are getting vaccinated which must be either:

The list of comorbidities and underlying conditions, which is subject to change, is available below.   Adults of any age with the following conditions due to increased risk of moderate or severe illness or death from the virus that causes COVID-19: 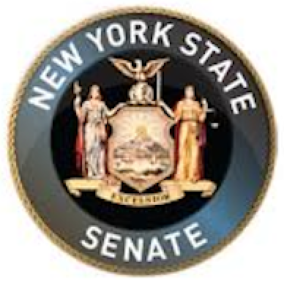 In November 2019, Newsday released an investigative report proving that Black home buyers were being discriminated against. Their report found that real estate agents provided an average of 50 percent more listings to White clients than they gave to Black counterparts – 39 compared with 26.

“There is no place in New York for housing discrimination and predatory practices,” Senate Majority Leader Andrea Stewart-Cousins said. “Buying a new home should be a special achievement in a person’s life without the risk of becoming a victim of abhorrent discrimination.” 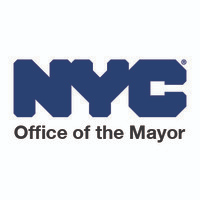 Mayor Bill de Blasio yesterday delivered testimony on the New York State FY 2021 Executive Budget, speaking out against cuts to schools and public health during a pandemic and pushing for direct aid to small businesses, investing in working New Yorkers, and taxing the wealthy.

Testifying before the Joint Fiscal Committees of the State Legislature, Mayor de Blasio explained that the City suffered a $10.5 billion drop in its tax revenue over Fiscal Years 20 through 22 and spent $6.1 billion on COVID-19 related expenses.  He cited that approximately $685 million of that may not be covered by federal reimbursement and acknowledged that the “federal government has so far failed to pass a real stimulus package with direct local aid.”

He noted that the City “made it through the past year thanks to sound fiscal management,” achieving a total of $2.2 billion in savings over Fiscal Years 2021 and 2022, including $1.3 billion in Program to Eliminate the Gap, or PEG, savings.

However, given funding and budgeting uncertainty, Mayor de Blasio emphasized, “instead of cuts, we must tax the wealthy.”

He then called upon the Legislature to rescind funding losses from the Executive Budget including cuts and cost shifts to NYC of $310 million in Fiscal Year 21 and $309 million in Fiscal Year 22 and proposed cuts to public health and education.  Additionally, the Mayor noted that the Executive Budget proposal assumes $6 billion in federal stimulus aid – meaning the City could face additional cuts if Washington does not come through.

Highlights of the Mayor’s testimony include:

Education – Mayor de Blasio called upon the Legislature to:

Health – Mayor de Blasio called upon the Legislature to:

Mayor de Blasio did endorse a number of Executive Budget proposals such as allowing New Yorkers to use their security deposit for rent payments and legalizing adult-use cannabis.  In addition, he took the opportunity to promote initiatives to: 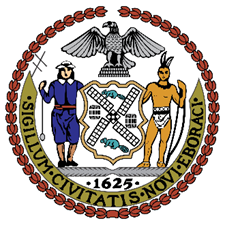 Bills Passed by the City Council

Transfers the land, buildings and facilities of Rikers Island to the New York City Department of Citywide Administrative Services

Int. No. 1592-A, sponsored by Council Member Costa Constantinides, would establish a process for the transferring of the land, buildings and facilities of Rikers Island from the Department of Correction (DOC) to the Department of Citywide Administrative Services (DCAS). In biannual evaluations, any portion not in active use for the housing of persons, or providing of services for such persons, would be transferred, with the entirety being transferred no later than August 31, 2027.

Int. No. 1593-A, sponsored by Council Member Costa Constantinides, would require the City of New York to undertake a feasibility study designed to ascertain whether different types of renewable energy sources, combined with battery storage, are feasible on Rikers Island. This initial long-term energy plan, with this feasibility study, would be due on June 30, 2022.

Creates a pilot program to test sewage for SARS-CoV-2

Int. No. 1966-A, sponsored by Council Member Costa Constantinides, would establish a pilot sampling program to test for the presence of SARS-CoV-2, which is the virus that causes the disease known as COVID-19, in sewage no less than twice per week at each City wastewater treatment plant..

Disqualifies persons with certain felony convictions from being elected to, or holding, an elected city office

Int. No. 374-A, sponsored by Council Member Justin Brannan, would disqualify any person that has been convicted of certain felonies related to public corruption and depriving the public of honest services from being elected to, or holding, the office of Mayor, Public Advocate, Comptroller, Borough President, or Council Member.  The felonies included are grand larceny (if the property stolen included public funds), theft or bribery concerning programs receiving federal funds, making false statements in violation of section 1001 of title 18 of the U.S. Code (if committed through the use of, or in connection with, the person’s elected office), wire and mail fraud, interference with commerce by threats or violence, and felony attempt or conspiracy to commit any of the aforementioned felonies.   Under this bill, convictions that have been vacated or pardoned under state or federal law would not prevent a person from being elected to or holding office.

Int. No. 1525-B, sponsored by Council Member Peter Koo, would require 311 to conduct at least five customer satisfaction surveys per year. 311 would be required to conduct such surveys in English and each of the ten “designated citywide languages.”

Int. No. 1830-A, sponsored by Council Member Diana Ayala, would require 311 to post each agency’s service level agreement (SLA) on the Open Data portal, provide a link to such posting on the 311 website, and maintain a separate page on the 311 website providing general background information on SLAs.

Creates an advisory board for gender and racial equity in hospitals

Int. No. 2064-A, sponsored by Council Member Helen Rosenthal, would require the creation of an advisory board to report on issues relating to gender and racial equity in the provision of healthcare services in hospitals and other covered health care services in New York City.

The board would consist of a multi-disciplinary panel of representatives and be required to submit a report including recommendations for addressing and eliminating such inequities by December 1, 2021, and December 1 annually thereafter.

Int. No. 2044-A, sponsored by Council Member Robert Holden, would mitigate the financial impact of accessory sign violations. This bill would extend the moratorium on the issuance of accessory sign violations and the temporary Department of Buildings (DOB) assistance program established by Local Law 28 of 2019 for two years. The moratorium established by Local Law 28 of 2019 expired in early 2021 and the DOB assistance, which expired after six months, also included 75% waiver of certain permit fees related to installing an accessory sign. To provide further assistance, in addition to extending the moratorium and DOB assistance program, this bill would also increase the permit fee waiver to 100%.  This local law would take effect immediately and be retroactive to January 1, 2021.

Speaker Carl Heastie this week announced that the Assembly has created an internal working group to focus on the recovery and future of the State’s mass transit systems as they mitigate the impacts of the COVID-19 pandemic.

The working group will examine challenges that transit systems across the state are facing as a result of the public health crisis, which includes a dramatic drop in ridership.

According to the Speaker, the Metropolitan Transportation Authority’s (MTA) ridership dropped 63 percent from 2019 to 2020, and non-MTA transit systems also experienced ridership losses, some at levels of 50 percent or more.

Additionally, the working group will look at transit systems capital investment and operating needs, transit’s impact on the economy and jobs, transit deserts in rural areas of the state, social equity and climate change, and ways to help cities and local governments provide efficient transit services.

NY to Allow Arena & Stadiums to Open at 10% Capacity

Governor Andrew Cuomo this week announced that sports and entertainment events in major stadiums and arenas with a capacity of 10,000 or more people can re-open with limited spectators beginning February 23rd.    Barclays Center has been approved to re-open on February 23rd for the Brooklyn Nets home game against the Sacramento Kings.

According to the Governor, the success of February 23rd Nets game and similar events in approved venues over the coming weeks will help inform the re-opening process for smaller venues in the future.

The New York Stock Exchange may leave New York if the State imposes a transfer tax on stock sales, the president of the Exchange said this week in an op-ed in the Wall Street Journal.

NYSE President Stacey Cunningham said she and 25 other representatives of New York’s securities industry sent a letter last Wednesday to state legislative leaders warning against the unintended consequences of imposing such a tax, which would ultimately be borne by investors.

“The New York Stock Exchange belongs in New York. If Albany lawmakers get their way, however, the center of the global financial industry may need to find a new home,” she said.

Patchett has served as President and CEO of EDC since February 2017.  In his role at EDC, Patchett has focused on investing in public-serving infrastructure. He also oversaw EDC’s response to the COVID-19 pandemic.   Patchett is leaving EDC to pursue opportunities in the private sector.